Then and now, not so different 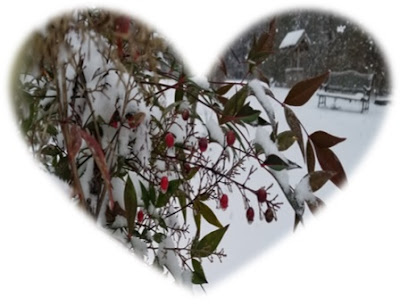 I was born and spent my early childhood in Chicago. I now live in Arkansas, in a little house in the woods.

While these two places may seem like polar opposites, there are similarities. And one place definitely reminds me of the other.

When I lived in Chicago, on the south side of the city, it was a very long time ago. My family lived in a neighborhood that was not unlike a small town. Yes, neighbors’ houses were a little closer together, but that was OK back then. We had close friendships with our neighbors.

There were vacant lots sprinkled throughout the vicinity where we kids used to play. I remember birds butterflies, and wildflowers, the likes of which I hadn’t seen until moving to Arkansas. I remember the first time I saw a bluebird here. It occurred to me that I hadn’t seen a bluebird since those days so long ago. The colorful birds and the sounds emanating from the trees filled with them brought me back to another time. But that was a summertime memory.

Contrarily, I awoke this morning to the sight of huge snowflakes alternating between drifting randomly and falling steadily from the sky. The snow began slowly, but soon began to add up to a blanket across the landscape. It is a scene that always makes me smile. It reminds me so much of my life at five- or-six years old when I woke up to a snowy scene. It always meant a day full of fun.

We don’t get much snow in Arkansas, so when we do, it is an event. The view out my window was one of complete serenity, so different than what was expected. This was to be a horror—with predictions of ice so thick it would compromise electric lines and snap tree limbs. We have been through that here already. An ice storm of 2009 was one to remember, when our electric power in our all-electric house was out for five days. Everyone who lives in these parts remembers, fears, and dreads a repeat event. This thankfully was not that.

I certainly remember what it was like to go outside to play. Snow meant sledding, snowballs, building snowmen, and shoveling. But as an aging adult, I had to settle for a quick trek to fill the bird feeders. While my time outside in the snow paled in comparison to the time I spent outdoors back then, I remember what 19 degrees felt like. I recalled being so cold I could hardly feel my hands and feet. Socks and mittens were drenched. Back then we put them on the oil stove to dry. I’ll never forget the feeling of my feet; when they warmed up they were as itchy as an infestation of chigger bites—well almost. 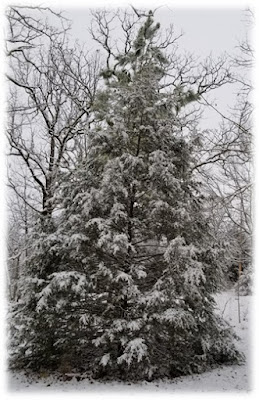 In the city, our family lived next to the railroad tracks where a huge hill made the best sledding spot. And, it was right in our own backyard. Winter was so much fun.

While I’m not so enamored with the coldest season these days, admittedly I do enjoy when it snows. That old oil stove is just a memory. Today, the house is partially warmed by a fire blazing in a wood stove. It smells much better.

While life as an adult is very different from those innocent, carefree, happy times as a child; and Arkansas’ life is far from the hustle and bustle of the city, there really are similarities. I suppose my life and penchant for nature illustrate the connection between these two opposing times and places.

Like enjoying bluebirds, I also delight in the beauty of snow.

Posted by Carol Henrichs at 2:14 PM