Conquering even little things makes me feel like a rock star 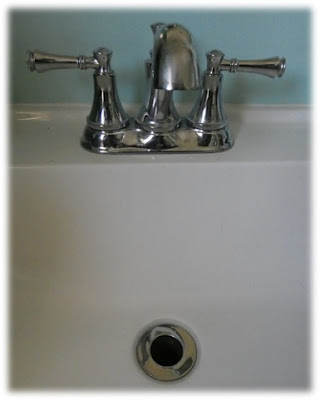 Since my husband suffered a stroke several years ago, he has had to face many challenges in trying to cope with simply living every day. But as his caregiver and wife of 45 years, I’ve had to face a few challenges myself. I like to say that I am now in essence, the man of the house.

It is a good thing my liberal beliefs have blurred gender lines and haven’t saddled me with the, “I cannot do this because it is man’s work” mantra. I have to say, I have tried to tell myself that when I’m faced with such things as the car won’t start, the garbage cans are so heavy,  the water softener needs more salt, or a gazillion other things that John used to take care of. Still, some of these challenges seem to smack me right between the eyes.

Truth is I never had a desire to do those kinds of things. I never even thought about it. Well, desire or not, it has to be done and my number is up. Managing a household and property does not leave much time for me to wimp out. Truthfully, I’d prefer to succumb to my upbringing where I believed in girls playing with Barbie dolls, believing that there really is a Prince Charming, and all the other silly notions from my day that have little consequence in today’s world. Personally, I’d like to just quilt all day, read great books and maybe write one, or tend to my house plants—what I like to call—girl stuff.

I admit that most boy chores and maintenance functions aggravate the hell out of me. But, when I accomplish something I never did before or master a new skill, I feel like a rock star. I should just go with that instead of feeling put upon when something needs to be done.

My latest issue, and the inspiration for this rant reveal, occurred at about midnight last night when after a hot, comforting bath to soothe a very long day, I went to brush my teeth before bed. I was contemplating that all-important moment when I can place my head on the pillow and maneuver my body into the ultimate comfort place so as to ensure a restful sleep. This has always been my favorite time of day.

I prepared to quickly drain the sink; it still had a little water left in it as I allow Ryan, my spoiled brat, best friend, aged kitty to drink water there. For some reason she likes that better than her perpetual, as-long-as-I-fill it, water fountain in the kitchen. And I prefer the sink option over seeing her drink out of the toilet bowl.

But, as I pushed the plunger to raise the drain plug, nothing happened. It was stuck. I tried pulling it out and realized it wasn’t going anywhere. I went to the kitchen to get a sharp knife, which used to have a sharp tip but no longer does, and my favorite tool, a Craftsman Robo Grip.   I gave it my best shot, but finally realized this would take more effort than I was willing to expend at this late hour. So, I gave up and decided to tackle it in the morning.

Success! Thanks to technology, I was able to take care of this. First, I checked You Tube videos because that is always my first step. Google has heard it all before apparently, and always leads me to where I need to go.

A quick search revealed once again that there is always someone keen on instruction videos for myriad tasks. I don’t think I’ve ever come across a problem where there isn’t a video solution to follow. So once I gained an understanding of how this all worked, and how to go about freeing the stuck plug, I was able to point my cell phone to the offending rod and arm under the sink to see how to disassemble it.
I soon realized how simple it was to disconnect the thing, which allowed me to finally unplug the drain.
My only dilemma now, is to figure out if I want to bother putting it back together or if I want to just get a little rubber one to manually fill the sink. I think I’m going to opt for the latter. Who needs this in their life?
Posted by Carol Henrichs at 3:48 PM