I will always remember Bill Hood 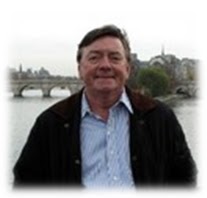 Sadly, I just learned that a man, with whom I have held much regard, has died.

I crossed paths with Bill Hood, sometime in the late 1980's and early 1990's. He was formerly the Director of American Airlines. As such, we were on the same side of the debate on whether or not to build a third airport, some 40 miles south of Chicago. We certainly came from different places, but our goals were the same--halting the construction of a major international airport at Peotone. Some of our reasons were very different, but some were also the same.

I didn't know him very well--hardly at all--really, but I knew he was someone I'd never forget. I admired his dedication to the cause for which I was so passionate. I recognized that he was a good and principled man who believed in doing the right thing and fighting for what he believed in.

I will never forget when he called one day to ask if I would give him a tour of the airport site. I was very excited at the chance to plead my case to someone who might actually have some say in the project. Up until that point, everyone who was anyone supported the project.

In truth I suppose I never really got over the fact that a representative of a world-renown airline could have anything in common with a housewife and young mother from the small town of Beecher, Illinois. Our initial meeting was prior to my writing for a local newspaper. Our paths crossed often at the countless meetings we attended, as I continued to write about the proposed airport until I retired and moved out of state in 2005.

On the day we met, he picked me up at a local restaurant and we drove around the nearly 7 square miles of rich farmland nestled among the farm towns of Beecher, Peotone, Monee, and Crete. I didn't hold anything back as I told him everything I knew about the area where I lived for many years. I believed with all my heart that the airport was a foolish idea. I showed Bill an airport just didn't fit in the fertile farmland of Will County. I showed him the topography,  as we talked about the many creeks and streams. told him about where the land flooded when it rained and how quickly the water soaked into the ground afterward, something that doesn't happen with tons of concrete and asphalt. I talked about wetlands, recharging the aquifers that supplied well water to the rural areas, potential pollution, urban sprawl, as well as the working farm economy that would be completely displaced. I introduced him to the farmers I knew and other advocates of retaining some of the best agricultural land left in the Chicago area.

He didn't interrupt and I knew he completely understood.

Back in those early days, I was always impressed with some of the good people I met, especially those that understood what a folly the airport would be.

Bill and I have remained Facebook friends through the years. We didn't interact often, but each time he commented on a post or wished me a Happy Birthday, I was reminded of how much he impressed me way back in those early days.

I will never forget all he did to aid our cause. I wish I had known him better. I will always think fondly of him.

I offer my deepest sympathy to his family and friends.

Posted by Carol Henrichs at 1:17 PM