America has had a problem with guns, violence, and death for far too long. There is no excuse for failing to fix this.

We have learned too much about risk and untimely death from gun violence. When some gun nut goes into a public place and mows down innocent people, why can’t we admit that we have a big problem? This is all preventable! Why have we failed to do anything about it? I am tired of suffering from PTSD (Post Traumatic Stress Disorder) from living my fairly uncomplicated life. I don’t want to cry from watching a new broadcast. I know I am not alone in feeling this way. 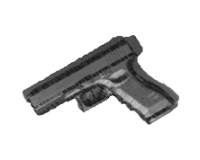 Every one of these hideous incidents is harmful, even to those of us far removed from it. I will never believe that we have become accustomed to this.

I’ve heard too many people lately say that if we didn’t act after Sandy Hook, we never will. While I understand that sentiment, I just don’t believe that.

I agree that the shooting at Sandy Hook Elementary School in Newtown, Connecticut on Dec. 14, 2012 when a sick 20-yr. old kid murdered 20 kindergarten kids and six adults, was the worst of the worst. But that is because I’m an innocent bystander. That isn’t the case for any of the family members who have buried their loved ones from one of these senseless shootings.

Sandy Hook changed me. I will never be the same, knowing that something like that can happen to little kids while the leaders in our country refuse to do anything about it. Thoughts and prayers be damned!

Last week, we lost eight people to gun violence in Atlanta, GA. Yesterday we lost 10 people in Boulder, CO. There have been so many mass shootings that I can hardly even recall them all. We watched as Congresswoman Gabriel Giffords fought for her life after being shot at a campaign event. We watched Steve Scalise shot on a baseball diamond. And yet, nothing is being done to curb the violence. There is no excuse.

Whenever anyone has wanted to make a difference, money from the NRA has bought silence. Flimsy excuses have offered pathetic defenses.

It is time for a hearty debate in this country about who we are and what we want. The meaning of the Second Amendment giving the right to bear arms needs to be debated. Our Constitution also provides for the safety of all the people—all of us is clearly a majority—whether we are shopping in a grocery store, seeing a movie in a theater, dancing at a nightclub, gathering at a music concert, or going to school.

Such a debate might just prove that even gun owners believe in a safe and healthy society. I hate guns; I admit that. But my feelings are not relevant. Neither are the feelings of those who love guns.

The debate needs to be about keeping the citizens of this country safe from some crazed gunman who wants only to do harm to others.

WE THE PEOPLE need to be assured of domestic tranquility and promoting the general welfare while balancing our providing for the common defense and securing our blessings of liberty! It shouldn't be that hard!

Life is precious and it is time we start protecting it.