Electing Joe Biden/Kamala Harris is our democracy’s only hope 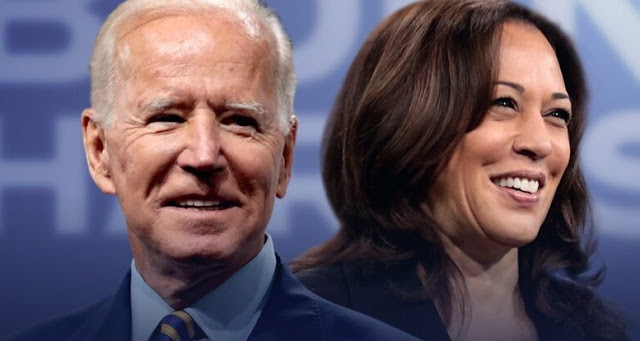 I have tried to resist political comments in this blog. After all, this is supposed to be a personal place, where writing about the things I love gives me joy. So much of what I write about and photograph are positive, lovely moments to share with others. I enjoy taking pictures of beautiful things adorable animals, highlighting my quilting hobby. But the truth of the matter is the political situation with which we find ourselves is personal. It occupies my thoughts every single day. It even keeps me awake at night.

I’ve worked as a journalist; I’ve been involved in activism and community organizing. It seems like a lifetime ago, since I’ve been retired for the past fifteen years, but there have been lessons learned. Old habits die hard. Even today, I find myself drawn to watching public hearings in the U.S. Senate and House of Representatives. I watch political speeches and tend to pick up political publications long before I ever consider entertainment or other less serious publications. I can’t help myself. I have the need to know. I have a right to know.

I’ve long believed and it is borne out every day that it is disingenuous to complain about politics when you have never been a student of it. Being genuine is important to me. Standing up for what I believe is important to me. And making a case for controversial decisions has to include factual information. Making hard decisions is never easy, but it has to be done. And, to do it, there has to be a thorough examination of as much as possible from every angle.

A wise editor once told me, “If you think you know two sides of a story, you still don’t have the whole story.”

He was so right. Life has taught me that. Politics is complicated. That is on purpose, a way to keep us all in the dark. It takes time and effort to understand why political decisions are made. Things are not as simple as they may seem. It is not enough to just proclaim political partisanship, or to listen to just one source. How many people who complain about ‘fake news’ and who malign the ‘main stream media’ know that news stories don’t see ink or make it to the airwaves until there are at least three credible sources? That certainly doesn’t happen on social media, which simply regurgitates somebody’s blog post or some hate group. Social media is no place to try to learn about politics.

With all that said, I have to admit that it makes no sense to me how the upcoming presidential race can be so close. That always confuses me, but especially this year when the choices are so clear.

I cannot understand how people I know to be good, caring people, can fall for the lies and complete fabrications of not just Donald Trump, but the Republican Party. How can anyone support a party when its leadership says one thing one day and the complete opposite the next?

As of this writing Joe Biden leads Donald Trump by about 6-10 points in the average of a number of polls. I find that to be unthinkable. How is it possible that anyone, let alone more than thirty-percent of the country can fall for Trump’s con?

“The true measure of a man is not how he behaves in moments of comfort and convenience but how he stands at times of controversy and challenges.” ― Martin Luther King Jr.

We have already seen the results of challenges faced by these two men.

Joe Biden has been challenged in the most personal, horrible way possible. He lost his wife and daughter in a car accident and later lost his son to cancer. There can be no greater challenge in life. Biden handled that horror with grace and dignity. It made him a more caring, more empathetic human being. He genuinely wants to serve the American people, and to heal the pain felt by thousands of families across the country that have become ill or lost loved ones to the Corona Virus. He reaches out to people in their own time of grief and tries to console them.

In sharp contrast is Donald Trump, a man with no concern for anyone but himself, a pathological trait he exhibits in his every action. Thousands more people have died from Covid-19 because of his early inaction and failure to listen to anyone who knew better. Trump follows his own stable genius instinct, which has proven over and over again to be a failure to the American people.

He completely bungled the response to this pandemic because he thought it would interfere in his re-election. Things were going so well for him when the stock market was skyrocketing to heights never seen before in the early part of this year. Of course it did. Trump did away with constraints on business, from environmental regulations to safety measures to workers’ rights. They all melted away under Trump, giving business carte blanche to plow through any forest, dump in any stream, and tear apart pristine land, whether public or private. There have been regulations over the years for a reason.

The stock market is not the economy! Yet, Trump touted the fine economy, despite millions of unemployment applications and people in this country waiting in long lines to eat. He gave his pals a giant tax break that the rest of us will pay for generations. Even in a stimulus bill designed to help those hurt by the pandemic ended up in the pockets of Trump’s rich pals while hundreds of small businesses closed their doors for good.

Trump has never apologized for his inept response to the pandemic, as he proclaimed it would simply go away. He never apologizes for anything. Instead he merely doesn’t talk about it. He creates diversions instead. He is a master at that.

It is all about getting re-elected for Trump. I can see why. He knows when he leaves office he will likely be indicted for alleged money laundering, real estate swindling, tax fraud, the inflation of the value of his property for sales purposes and the same property deflation for tax purposes, and more during his business dealings prior to holding office. Just the things he has done while he was in office are enough to put him away for a long time. His treasonous behavior, the multitude of lies he has told, the money he has skimmed from taxpayers as he soaked the Secret Service who had to pay a premium to stay in his golf resorts, the lack of accountability when Russians put a bounty on the head of American service members in Afghanistan, no word about the brutal death of an American journalist in Saudi Arabia, and countless other foreign entanglements merely designed to enhance his business.

He acts like a mob boss, with no scruples as he fawns over the world’s dictators. He maligns his enemies, the media, anyone that asks a question he doesn’t like. He answers only to his own ego as he lives only for his own self-aggrandizement. He lies, cheats, steals, and what is worse, he has manipulated every check and balance our government has spent years putting in place.

And his latest scandal, calling fallen military heroes “suckers and losers,” may be the one that does him in. He is trying to talk his way out of this one, but there are just too many times he has said similar things. There are too many people who know better. Remember those three sources in news stories. There seem to be even more in this story.

So it simply makes no sense that between 30- 40-percent of this country can say they support this man for another four years. I hope when this election is over, these numbers were dead wrong and Joe Biden/Kamala Harris wins by a landslide. Only then can we bring peace, justice, and democracy back to the United States of America.