Cursive writing should always be taught in school

Yesterday, there was a piece in our local paper written by Tom Purcell, about the possibility of public schools doing away with cursive writing instruction, see below.

Apparently this is a trend. It has already been decided  in some states that handwriting is no longer going to be taught to students.

One of those states is Indiana, where my son happens to live. He and I got into a rather heated discussion months ago when I first heard that Indiana was considering eliminating cursive writing from the school curriculum.

I was appalled. He said he didn't care.

He has two small kids just entering public school. These are my grand kids and I would like them to know how to write. Perhaps they would write Grandma a letter once in awhile. My son reasoned that they will not need handwriting since they can just use a keyboard. If they have to put something down on paper, they can print. He admitted that he never uses handwriting. He always prints, except for times when he has to sign his name.

I think this is so sad. To me, this is just another example of how all the great and wonderful things about my generation are simply turning to dust. 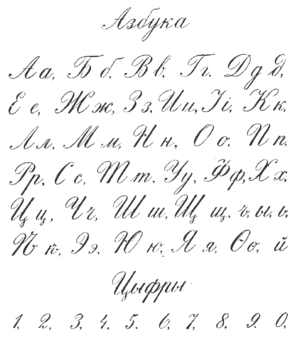 I always loved handwriting. I often say handwriting was my best subject when I was in school. Indeed I did get A's on it because I really tried hard. For me, it satisfied an artistic need. I always got a thrill from picking out just the right pen. The ink had to flow well; but more importantly, it had to feel good in my hand. I always auditioned a new pen, to see if it enhanced my writing. My favorite was always a fountain pen. I still have one today that I use when writing letters. I consider writing with a fountain pen to be like artwork.

I loved buying new stationery--something I haven't done in years. It isn't as available as it once was. Stationery used to come in every color of the rainbow, with varied sizes, patterns, and textures. My girlfriends and I used to buy each other a pretty box of stationery as a birthday gift. The boxes usually had pretty paper with matching envelopes, all tied in a bow with a pretty ribbon.

Thanks to the ink jet printer, it is still possible to enjoy stationery, except that I have to design and print it myself then cut it to size.

When I was in high school, my boyfriend went in the Army. I used different styles of stationery to write to him every day. A good looking letter was almost as important as a well written one. There was a real sense of pride for me in crafting a good letter.

I admit that most of my writing is done, like everybody else, on the computer. Letters are mostly all typed on plain white paper. I don't mind picking an easier way because I know how to write and the choice is mine. I cannot imagine not having that choice. Typing is faster and easier, but it definitely lacks the flair of a hand-written letter.

I remember writing to my relatives when they were still alive. I always wrote a letter at Christmas. My uncle used to scold me if I sent him a typed one, telling me I have a beautiful handwriting and I should use it. A hand-written letter seems to mean so much more, he told me. At least back then it did.

I still have the last letter written to me by my grandfather. He died early in the 1980's. One look at that letter, and I know it was from my Gramps. I recognize his handwriting. That is something that you don't forget. I received many letters from him. I didn't even have to look at the post mark. I just needed to see the writing on the envelope to know it was Gramps. His letters were unique to him. As it should be.

I tried to get the point across to my son, but to no avail.

I remember quite a few years ago when my mother-in-law wanted me to help her write notes to people who came to Granny's wake and funeral. She asked me to write them because she said I had a nice handwriting. She and I bonded over those notes.

More recently a friend, one that is closer to my son's age than my own, asked her friends on Facebook about the etiquette of writing hand-written thank you notes. The consensus was that it meant more to receive a hand-written note.

Then there are those beautifully written historical documents written by our forefathers: the Declaration of Independence, Bill of Rights and Constitution. Those men had such beautiful handwriting. The words they used to communicate were beautiful words in both their content and appearance. Those remain cherished documents.

I cannot imagine, nor have I heard one argument to justify not teaching cursive writing. Yes, it takes time, but anything worth doing is worth taking some time. Learning cursive was hard for us when we were little kids, but just because something is hard doesn't mean it should be abandoned. I think cursive writing is artistic, and worthwhile. I am so against doing away with it.

Are we so lazy today that all we want to do is learn the bare minimum in school? I cannot imagine not knowing how to write. Texting and keyboarding is not a good replacement. New technology does not mean old technology should eliminate all other options. Consider that voice recognition software will soon replace typing. Does that mean we should no longer learn to type?

That argument doesn't really hold up for eliminating texting. That would not be such a bad idea. A few days ago, I saw a Facebook post that was quite apropos. It said, B-E-F-O-R-E not B4!. We speak English, not Bingo!

Doing away with cursive writing is just more of the dumbing down of our society.

Make it stop! Our children should be at least as smart as we are, and then some. They should be able to do everything we can do, and then some. To me, learning to write in cursive is fundamental. It is communication and art all wrapped into one subject. It is a building block that should remain a part of elementary education. Upon the learning of forming and connecting letters builds an ability to express thoughts and ideas through the written word. It is the fundamental of our beautiful language; our communication with others. It is how we interact.

Posted by Carol Henrichs at 6:20 PM